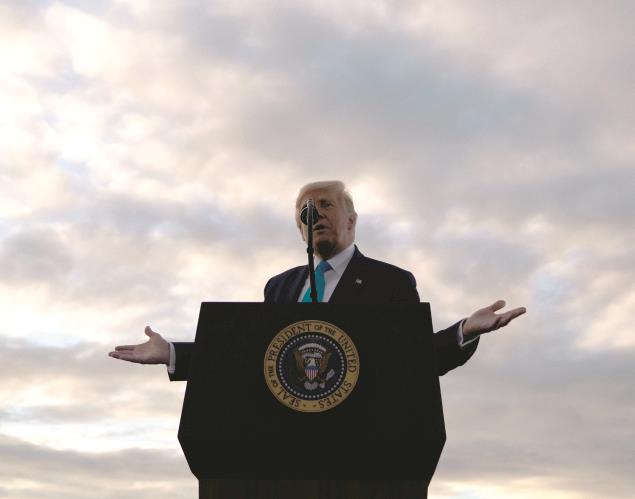 People imagine that fascism takes hold of a nation the day a jack booted soldier kicks in a civilian’s door.

Fascism begins to take root when leaders use national symbols like flags to promote themselves and claim that those who would criticize them are in fact attacking the country.

Fascism begins the day people believe that the accumulation of money is more important than ethics, morals and fair play. Idealists are dismissed as day dreamers. Power is what counts. Military and police powers are expanded.

Fascism is about identifying enemies within, while glorifying a special class of people as superior by virtue of birth, religion or social status. Dictators in foreign countries are admired for their iron fisted rule and ruthless behavior. They are publicly embraced.

You will find fascism in places where a leader convinces the people that he is above the law of common folks and could even shoot one of them dead in the street if he desires and is applauded for demonstrating strength.

Fascism is fertilized at large rallies where the crowd is encouraged to cheer a man who gestures wildly while insulting his enemies with silly names. The leader will proclaim he personally is responsible for everything that is good and warn that the nation itself will collapse if he is not allowed to retain, or gain, power.

He will lead his followers in joyous chants to lock up those who oppose him.

You will find fascism growing where civilian demonstrations to protest government oppression explode into riots and the military is brought in as a means of restoring law and order.

You will find the beginnings of fascism where high-ranking law enforcement officials are put in place because they have pledged loyalty to a particular person and use their office to punish his enemies.

You will know fascism is on the rise by the conflict, discord and general feeling of ill-will created by the national leader, who rejoices in the atmosphere of hostility.

Kindness is viewed as weakness; under standing seen as a fatal flaw.

Those who are frail, who lack influence and money, are losers and suckers, useful only if they are willing to march in step with the party and pledge support to the leader.

Winning is all that matters, not how the game is played. Wrong is right if it helps you succeed. Right is wrong because it serves no useful purpose.

Fascism can be found where those who talk about principles, good manners, honor and virtue are publicly mocked. Tolerance is scorned.

Academics are turned into political foils by fascists who understand the masses distrust them.

In place of facts and truths, fascism craves a roiling stew of phony conspiracy theories and secret plots. Always there are evil people, vile groups, engaged in an effort to destroy the country by opposing the one true leader.

Propaganda is embraced and false information is spread, while legitimate sources of news are discredited as the work product of enemies of the state. Courts and legislative bodies are renounced as obstacles to national glory.

A wall must be built to protect the nation from outsiders.

Life in such a place becomes so confusing, so frightening, people no longer know what to believe.

Ultimately, the public is convinced the results of elections no longer can be trusted. The outcome doesn’t matter at this point. Fascism has won the day.

Teenagers embracing the belief of the fascists patrol the streets carrying rifles for the public safety.

Finally, the men in jackboots may hit your door and take you away as your neighbors cower in the dark. But that is not how fascism begins.

FASCISM IS FERTILIZED AT LARGE RALLIES WHERE THE CROWD IS ENCOURAGED TO CHEER A MAN WHO GESTURES WILDLY WHILE INSULTING HIS ENEMIES WITH SILLY NAMES.