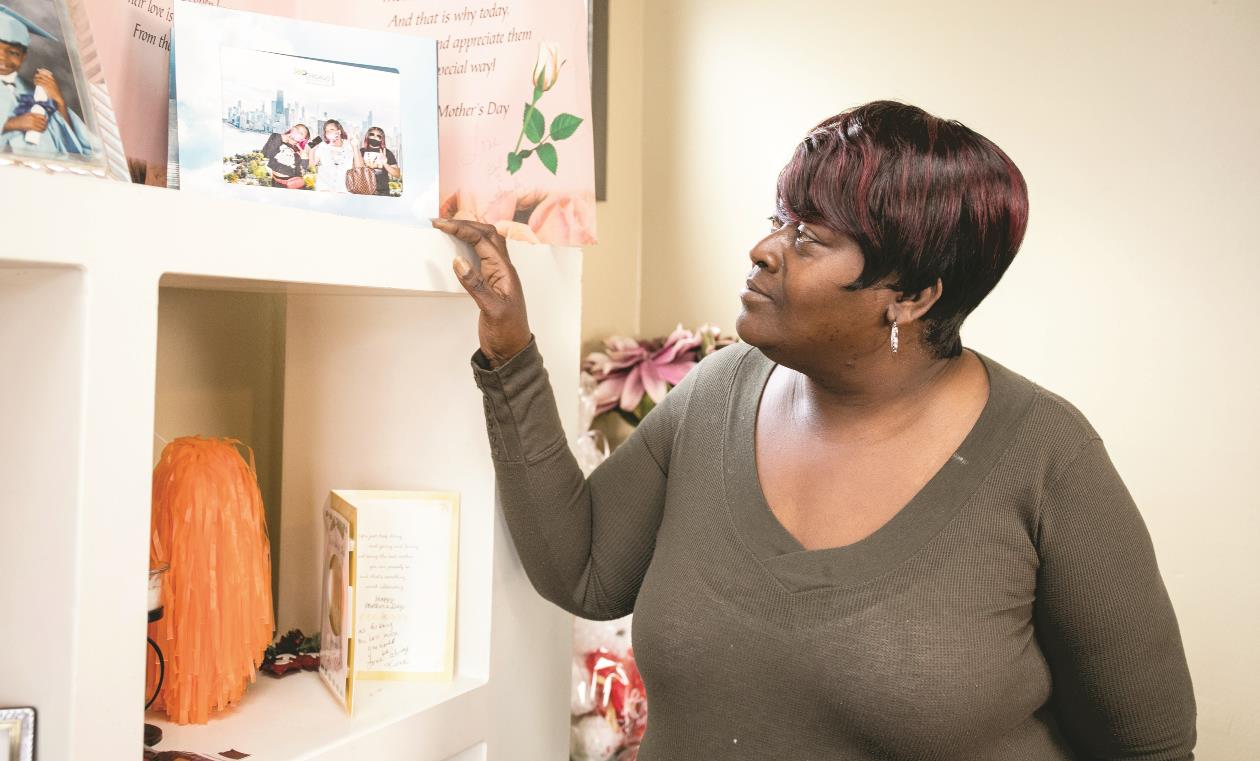 Gail Goodwin looks at pictures of her kids and grandchildren in her living room in Chicago Lawn. She said she’s trying to save money to buy life insurance because she knows the financial toll death can take on families. PATNABONG/SUN-TIMES PHOTOS 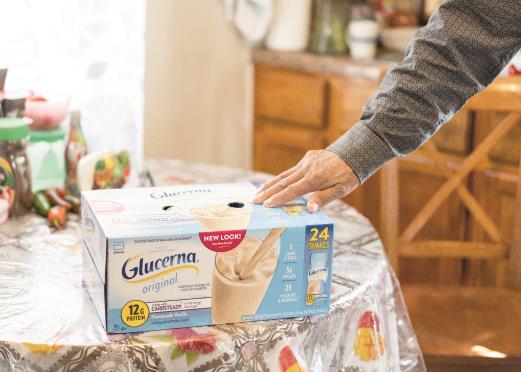 Felix, who did not want to give his last name, uses some of the money from Chicago’s guaranteed income pilot to buy meal replacement shakes his wife needs. They can run $70 a box. 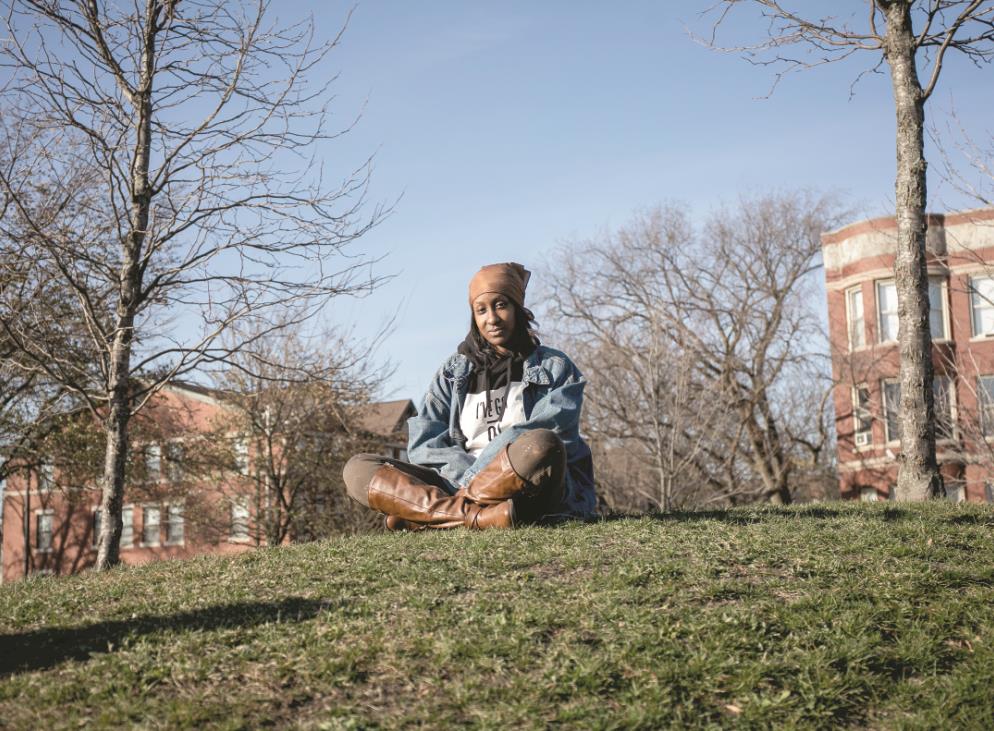 Bronzeville resident Jailyn Brown, who will receive $500 a month for two years through Cook County’s guaranteed income pilot program, says the benefit will supplement income from her part-time job. She wants to save up to get an apartment.
PREVIOUS IMAGE


When Gail Goodwin started receiving $500 a month through a guaranteed income program, for the first time in a while, she was able to give her grandchildren money.

“Like the old me,” Goodwin said. “When I had a good-paying job.”

Goodwin, 57, works full time at a private security firm in Chicago that pays $16 an hour, and it had been a stretch to make ends meet. Her rent on the Southwest Side accounts for more than 40% of her budget.

In Chicago, Goodwin is among thousands of local people taking part in experiments to see the results of providing individuals with a guaranteed income. She is among 5,000 Chicagoans who have received $500 payments for each of the last four months as part of a one-year program known as the Chicago Resilient Communities Pilot.

Some city residents will also be part of the Cook County Promise Guaranteed Income Pilot, which recently selected 3,250 applicants via a lottery to receive $500 a month for two years. Participants are expected to receive their first monthly payment by mid-December.

Both pilots are funded through the federal American Rescue Plan Act, and academic researchers are closely monitoring the programs, which target low-income households.

Demographic data about the county’s participants is not yet available.

In the city’s pilot, the majority of participants —71% — identify as a woman, according to data from the city. About 68% are Black, nearly 24% are Latino or Hispanic, and about 16% are white. An additional 3% of participants are Asian.

While it may be too early to say what the long-term implications will be for those receiving the city’s monthly benefit, two people interviewed by the Chicago Sun-Times described feeling a sense of relief from financial stress as they use the monthly benefit to help pay rent, utilities and groceries. Another person selected for the county pilot described feeling hopeful about receiving the $500.

One person the Sun-Times interviewed coordinated through Economic Security for Illinois — which has advocated for guaranteed income programs and is providing funds to individuals sharing their stories with news outlets about their participation in the pilot.

“It just put me above water,” Goodwin said about the pilot, adding, “I’m thinking ahead to the future, like, when I go back to normal. What’s going to happen when the program stops?” ‘I don’t have anything’ In his late 40s, abad harvest in Mexico upended Felix’s life and forced him to move to Chicago, where one of his sons had already settled. Soon, his wife joined him.

In Chicago, Felix, now 71, worked in factories for more than two decades with no retirement in sight. But earlier this year, he stopped working because his wife required around-the-clock care that his daughter-in-law could no longer provide. Felix asked that only his first name be used in this story.

“I WAS DEFINITELY IN A DEEP FINANCIAL SITUATION WITH MY PART-TIME JOB NOT REALLY HAVING THE HOURS TO HELP ME SUSTAIN A LIVING.’’ JAILYN BROWN, a participant in Cook County’s guaranteed income pilot program

“Grab the guardrail,” Felix says in Spanish to his wife. Slowly, she makes her way down the steps using a cane as they get ready to take a short walk around Pilsen.

Their walks have become part of their daily routine as Felix follows his wife around to make sure she doesn’t fall. Doctors told the family she wouldn’t be able to walk after she had a stroke in January 2021, shortly after contracting COVID-19.

After he left his job, the couple relied on their savings and their children to cover expenses such as rent and medicine.

“Frankly, I don’t have anything,” Felix said about his savings. “If something were to happen, my kids are the ones who support me.”

The $500 monthly benefit from the city pilot has helped him contribute to his $600 rent and utility bills. While his son and daughter-in-law provide larger meals such as dinner, Felix usually goes to a nearby grocery store to buy fruit, some toiletries and meal replacement shakes his wife is required to drink twice daily. The shakes have sometimes cost the family $70 a box.

“I feel happy that they are helping me,” he said in Spanish.

But the future remains uncertain. Felix said he likely will have to find ajob once the guaranteed income program ends.

“We don’t have another choice but to suffer again,” he said.

‘A big struggle’ Goodwin sees her life story reflected in Jennifer Lopez’s character in the movie “Second Act,” where the longtime store worker knows the ins and outs of the business but has no formal college education.

Goodwin spent about 37 years working at a day care center in Wicker Park, doing everything from bookkeeping to communicating with families. But she’s found it hard to find that type of work again since the day care closed in 2017, and she bounced between jobs before landing a gig as a security guard that is more physically taxing work.

“Doing security takes all your time,” she said. “I’m not a young spring chicken anymore, so I get tired. After doing security, patrolling, you’re dealing with the kids —it can take a lot out of you.”

She used to have the financial help of her children who lived with her, but they have all moved out. Goodwin is hesitant to move in with a daughter because it would mean leaving Chicago, and she doesn’t drive. She also wants to have her own place in case her children or grandchildren ever fall on hard times. In late October, a grandson was staying temporarily with Goodwin.

She’s considering downsizing her housing as she uses the monthly $500 benefit to pay a portion of her rent and for everyday essentials. She’s also hoping to stash enough of it away that she will be able to buy life insurance. Goodwin said she knows the financial toll death can take on families.

“Get the burden off of my kids if something happens to me,” Goodwin said. “It’s nothing to make money off of; it’s just to help them, because that’s a big struggle. I’ve been through it four times with my siblings.” ‘I’m used to kind of struggling’ During the coronavirus pandemic, Jailyn Brown, 23, juggled virtual college courses and taking care of her grandmother while working overnight shifts.

Even with a job, she struggled to buy books, and she didn’t always have reliable internet.

“It was a lot, and I couldn’t keep up with everything,” she said.

Her grades slipped, and even though she had about 18 months left before graduating, she had to take a break from pursuing a career in public relations. Then in July, Brown’s 67-year-old grandmother died.

“I’m used to kind of struggling until I can get to a point where I’m not bad off, but I’m OK to keep going,” Brown said.

Brown and hundreds of others are expected to receive their first $500 monthly benefit in mid-December as part of the two-year Cook County Promise Guaranteed Income Pilot.

She wants to save up to get an apartment because she has bounced around relatives’ homes in Chicago’s Bronzeville neighborhood.

She works at a store making $15 an hour, and usually is scheduled to work 15 hours a week. She said she wants to start a candle making business to generate extra income as she figures out what to do about college.

Brown said she wishes her grandmother were still alive and pictured her jumping out of her chair about the news of her participation in the guaranteed income pilot.

“I was definitely in a deep financial situation with my part-time job not really having the hours to help me sustain a living,” Brown said. “This was definitely a blessing in disguise.” Elvia Malagón’s reporting on social justice and income inequality is made possible by a grant from The Chicago Community Trust.